HEy Team video coin, I managed to get a test store up locally yesterday and I was able to see the the marketplace on my http://localhost:8080/ network. My CPU was having a few stalls with programs so I restarted. at that point I went back to terminal and it would not start back up. I tried to re launch the docker compose up but I received this error. 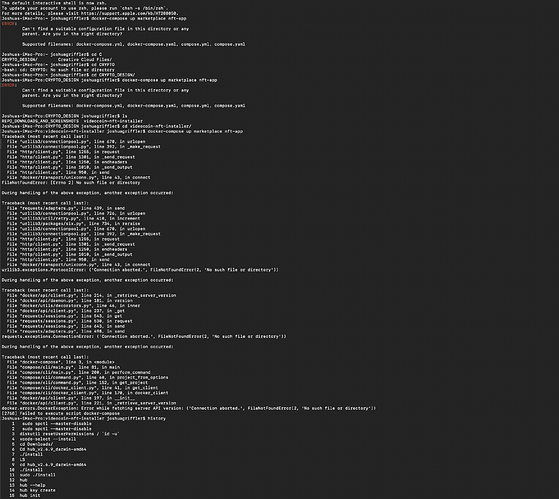 Jason mentioned there were updates so maybe the repo I received is not valid now?

@Jgriff120
CC: @Jason_Garcia
The version that you are using is corresponding to VideoNFT alpha release. There are no further updates.

I suspect the issue that you are seeing may be related to Docker Engine crash and/or lower system compute resources.

You may have to debug these issues and fix the environment by looking at forums that discuss Docker related issues. For example some discussion about the error that you reported.