Please use this thread to document network transcode tests. Please specify the following:

Here’s the result of my first tests. 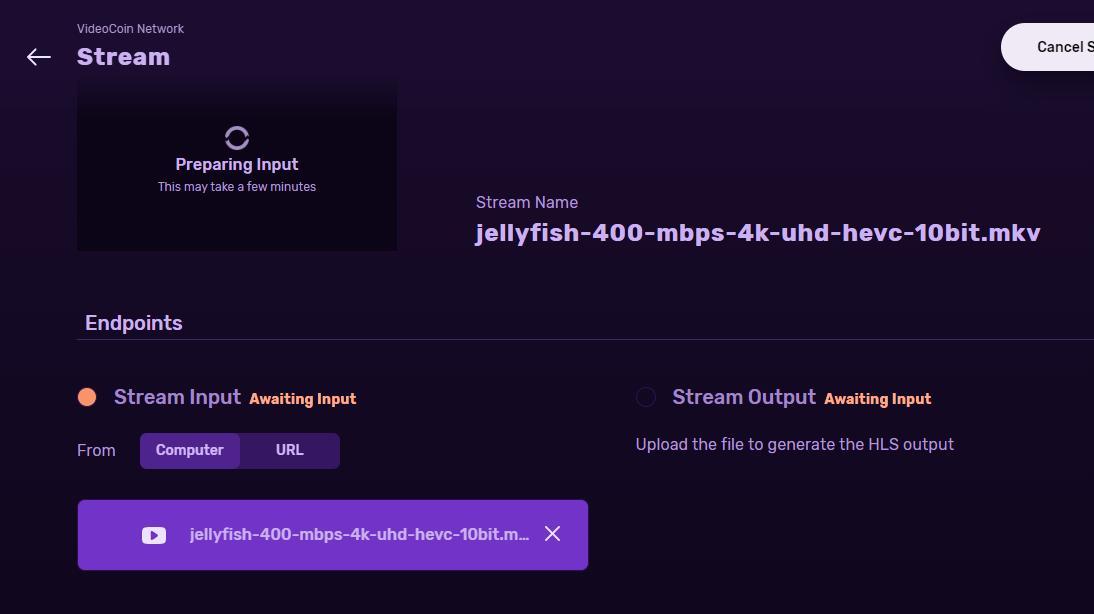 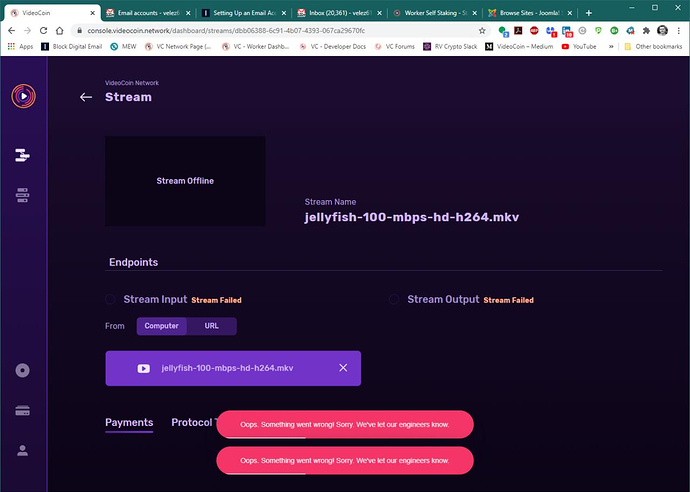 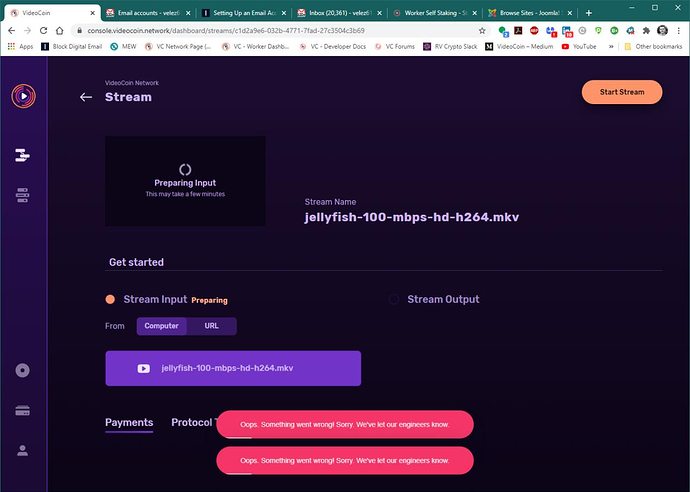 @Ram_Penke Can you look at some of these tests. Seems like some errors in the process.

@Santiago_Velez @Jason_Garcia
I tried reproducing the issue, but the transcoding of the streams was successful in my setup.

I suspect the failure in Santiago’s setup may be something to do with very high bitrate streams (400, 100mbps) and networking bandwidth bottlenecks that are causing time-outs in the transcode pipeline . We will try reproduce the issue and update.

Based on my own test results over the last few weeks it feels like its not to do with the input or output settings. Before the previous update where pools needed to rebond, almost all my tests were successful. Post rebonding, every test (same variables), have failed and I cannot produce any successful stream with any setting or file type.

So do you think that it’s an upload bottleneck for large bitrate streams? In other words, my ISP throughput is insufficient to accomodate real-time upload / transcode? Why can’t the file be incrementally uploaded / transcoded to accommodate a variety of bandwidths?

@BluBlu @Santiago_Velez
We are looking at the transcode failures and will get back to you soon.

@BluBlu @Santiago_Velez
We found a bug related to VID balance calculation that was causing failure of transcoding for some of the stream-ids that you posted.
Please test again and post the stream-id, if you still see the issue

@Ram_Penke
I would like to test a stream after potential bug fix, now it says minimum 10$ credits needed to start stream. The 9.84$ in credits seems like plenty to run a good amount of tests. Can I have the minimum amount lowered to run a few tests or should I purchase more credits?

@BluBlu The minimum credit is going to be reduced to $1. The fix will be pushed on early next Monday by the video-infra team.

A note to @BluBlu @Santiago_Velez and others who are using tranascoing:
Currently the file transcode forces a wait of around 5 minutes after the last chunk of the file is transcoded. Please wait for it to finish and show play button in the preview window instead of cancelling.
It will be fixed soon.

tranascoing:
Currently the file transcode forces a wait of around 5 minutes after the last chunk of the file is transcoded. Please wait for it to finish and show play button in the preview window instead of cancelling.
It will be fixed soon.

I just ran a stream and ran into this. thank you for the heads up. stream worked successfully will post when i get the chance

I have successfully run 3 livestreams all leading up to zone0 workers being pulled up to do 100% of the work. My question is what is the limiting factor in our worker machines that cannot handle any of the livestreaming workload? I tested 950mbps download/30mbps upload on my bandwidth connection. Is it an upload issue?

Secondly both of my recent livestream tests have resulted in bad video images with working audio. Both times the video works perfectly fine in the beginning and after a few seconds it goes bad. I have a video of the output showing this. Granted it could be with the laptop used to livestream but highly doubtful and will try with a different input source to confirm. Doesn’t allow me to upload video files onto the forum so I will attach the screen capture. 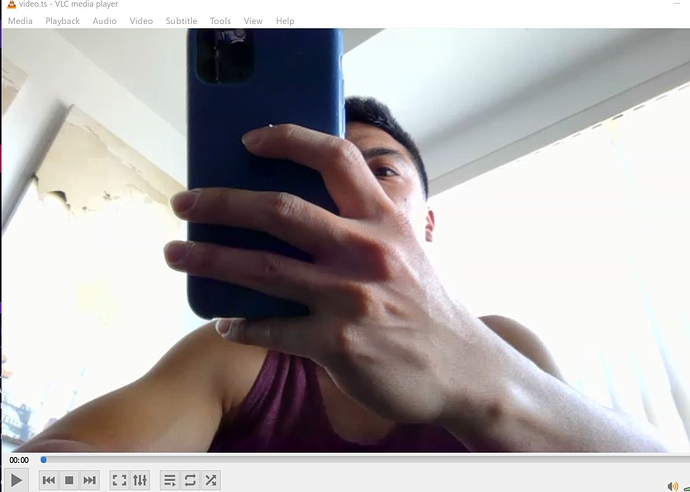 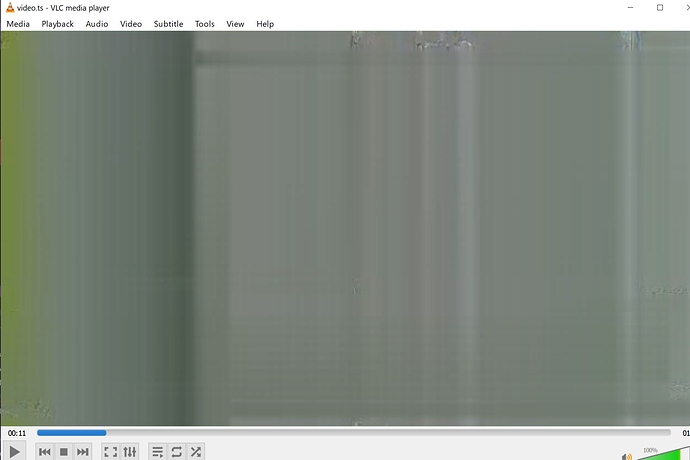 @BluBlu Please share the stream-ids of the three live streams. I will ask the video-infra team to analyze it further and shed light on why zone-0 workers are selected.
Regarding video corruption, the whole pipeline uses lossless (tcp) transport. The video-infra team will be able to compare source stream captured at ingest and transcoded stream and find if the corruption is introduced during transcoding.

Would it also be possible to explain why 100% of the work for these 3 streams all went to genesis pool while BluBlu and BDC pools ended up with 0%? Is that working as intended?

All work should bypass Zone - 0 to Workers unless there are extenuating circumstances (like insufficient independent workers, a time constraint by publishers, ultra-low bandwidth bottlenecks). If the algorithm is biased towards Genesis how will the network incentives to to workers to promote organic growth? 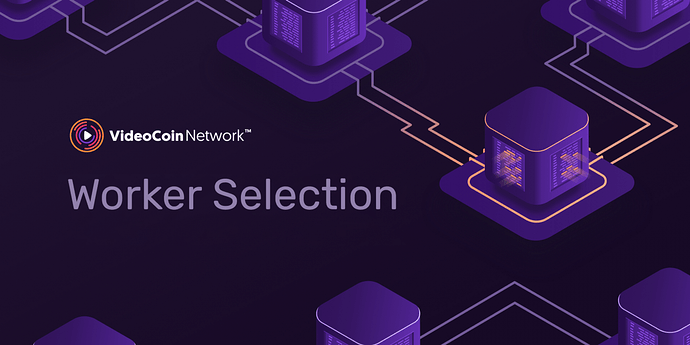 How VideoCoin Network Selects a worker to get work assigned.

Following is my feedback for the current behavior that you observed in worker selection.

Following is the snapshot of explorer worker page, when I started 3 transcoding sessions in parallel. As you may know, ‘busy’ state indicates the worker assigned a job.assignment